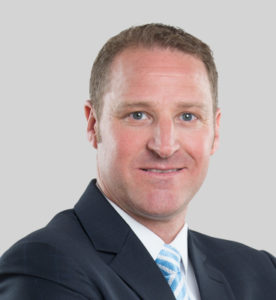 Following the completion of his business administration studies with specialization in personnel and marketing at the University of Innsbruck, Robert Liska began work in sales at a gastronomy company before he switched to an internationally successful express logistics service provider, where he was responsible for Western Austria and South Tyrol.

After his regional change from Innsbruck to Vienna, he decided (based on his deep interest in the personnel area and his long-term specialization during the course of his studies) to change his area of responsibility and began work at the world’s largest personnel services provider in fixed job placement. His focus here was on technical and commercial positions. In addition to application management and the conceptualization of job advertisements, his main tasks here were conducting interviews and the resulting selection of the most suitable candidates.

In order to further and more directly deepen himself in the human resources area, Robert Liska decided to change to a personnel consulting agency headquartered in Vienna’s first district, where he specialized in sales as well as technical and IT jobs.

In September 2013, Robert Liska joined ISG as a Personnel Consultant. Since 2014 he is main contact person for the topic Outplacement and executes frequently Outplacement-Consultings. His focus is on sales, IT, and technical positions. Important for him is seeing both the personnel-seeking company as well as the job-seeking applicant as customers!