Szilvia graduated as Computer Science Engineer (MSc) at Pannon University and later continued her studies at Corvinus University in Budapest where she participated in post-graduate specialist training programme in Economic Sciences, where she earned secondary degree in Engineering-Economics.

She started her professional career at Nokia Hungary as software verification engineer, later continued as quality engineer. After this period she was the first contact point for Hungarian and Austrian customers in a Case Manage role. Later she had global responsibilities, participated in selection and audition of repair factories in an international environment. After 16 years she decided to change, she got her coach qualification and worked as Coach for 2 years.

She joined ISG team as a Recruitment Consultant.

Her personal sub-specialities do certainly include: 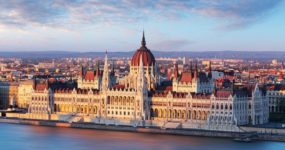