Meet the team behind Cologne 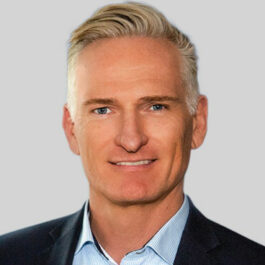 During his studies at the University of Applied Sciences in Cologne, in the field of “Structural Engineering”, Oliver Menke already founded his first own company and gained experience throughout Europe in the fields of film/television, studio/stage construction, trade fairs, sports events and construction. Later he completed his Bachelor Professional in Event Management and Master Professional Business Administration with a focus on personnel management.

After successfully selling his business, Oliver Menke started his 2nd career as an assistant of Management, in a leading European FMCG, electronic and IT retail group. Due to his specific know-how and his strong sales orientation, he became department manager after a short time and built up and developed large-volume, highly profitable business areas. The focus was on the fields of activity:

From 2011, Mr. Menke deepened his knowledge in a leading management consultancy, with responsibilities in organizational consulting, IT, sales, marketing and controlling, among others with well-known DAX corporations. Due to his distinct talent to quickly grasp and advance new business areas, he moved to the area of major customer business, the insurance division of a major European bank.

Due to his strong interest in technology and customer behaviour, Oliver Menke took over the responsibility for the management of a leading European e-commerce company in 2016, where he was mainly confronted with the following activities:

Due to his extensive experience and commitment to entrepreneurship, Oliver Menke founded a digital agency as a co-founder in 2019 and as CEO was responsible for building up the German division of a leading IT personnel service provider, with a focus on

His management style is characterized by implementation and clear decision-making. He empowers people and provides them with the necessary tools to take responsibility in a team and to grow with their tasks.

He creates a corporate culture of mutual respect and measurable results. Lifelong learning beyond the apprenticeship is part of his conviction. That is why Oliver Menke is currently working on coding in his spare time and is a student in – The Power MBA – Program.

He lives in North-Rine-Westfalia. There he is a family man and enthusiastic sportsman.

Motto: “Leadership by example, give orientation and be appreciative.“