Meet the team behind İzmir 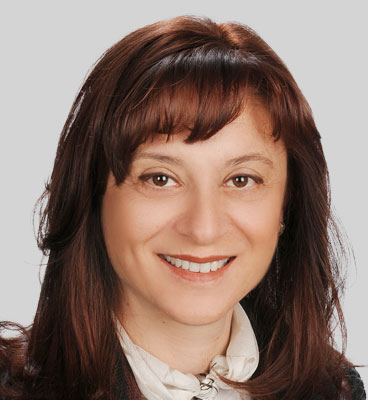 Nazan Kalelioğlu graduated from T.E.D. Ankara College and Hacettepe University with a B.Sc degree in Economics.

Within her work experience over 25 years she mainly focused on:

She has extensive experience in the automotive industry, logistics sector and foreign trade. She worked for an international major automotive corporation for over 10 years with various managerial responsibilities in the areas mentioned above reporting to the General Manager. Miss Nazan has been rewarded with the ‘’ General Manager Recogniton Award’’ for a Logistics study.

In addition to her functional responsibilities, she took part in local and international projects of the company which she enjoyed very much. Between the years 2002-2009 she worked as the Agean Region and Special Projects Manager of a well-known logistics company and later as the Operations Manager of an international natural-stone exporter.
In September 2013 she joined ISG-team. Believing that ‘’human’’ is the most valuable asset of a company, she contributes in: