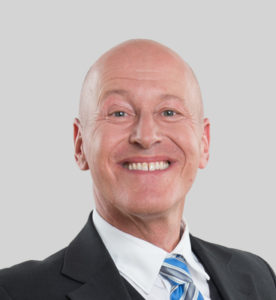 In addition to studying journalism and political science at the University of Vienna, Gerhard Klein worked for ORF (Austrian Radio and TV Station).

After graduation he worked as an editor in a publishing house for seven years, where he acquired proficiency and experience in the media sector. Then he changed to ” the client side ” and was (again, seven years) responsible for public relations and various prevention projects for “Aids Hilfe Wien”. He is the winner of the Print-Oscar (best PR project in Austria), was Head of the International Fundraising Group, Executive Editor of “Radio PosiHIV ” and chief editor of the television series “TV + “.

For two years he took over the PR of “SDW” (addiction and drug coordinaton in Vienna) and also served as press spokesman for the Vienna drug coordinator. In this position he worked closely with the City of Vienna.

Since 2009 he has been working as a consultant for ISG and supports his customers in the fields of:

Motto: „Today is the beginning of the rest of your life“ Carpe diem