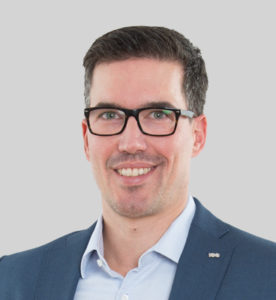 While studying business informatics Wolfgang Gsur has discovered his interest in teamwork. He was fascinated by the different team-constellations – while some teams are high-performing-teams, whose cooperation and teamwork is an enrichment for everyone, some teams are low-performance-teams, who interfere with each other and ultimately perform in a sub-optimal way, although both teams did the same – inefficient – efforts in the project.

Since then he has focused on team-dynamics and team-competencies, which roles within a team are important and how they perfectly complement each other.

After his studies he has worked in the training & development department of a financial company. In 2009 he switched into the Consulting, furthermore he successfully completed the training to be a trainer and individual coach and later on he managed some project in the “Coachingalerie”. Since 2017 he successfully supports the team of the ISG Personalmanagement GmbH.

Motto: „Tomorrow, you will wish you had started today!“